Media Stockade is an independent production company based in Sydney, Australia, with our eyes and ears open to stories from around the world.

Founders, Rebecca Barry and Madeleine Hetherton, share over a decade of film and TV production experience and collectively have made over 50 hours of broadcast television. They have been colleagues for the last 15 years and now are working together on an exciting slate of projects. They are joined by All Media Producer Ester Harding, whose passion for interactive story telling and engaging audiences across platforms, keeps Media Stockade pushing the boundaries in form, as well as subject.

Our programs are provocative and socially relevant. Often witty, humorous, insightful – our stuff entertains without being stupid. We want to move people – and inspire them to action and debate. But we are not didactic. We respect the intelligence of our audience.

We are uncompromising in the best sense of the word. We strive for excellence. We collaborate, develop and produce projects together. We offer support, advice and strategy to independent filmmakers, to enable them to produce their ideas. We genuinely love enabling stories and most importantly working with people who inspire us.

Madeleine is an experienced director with a number of broadcast television documentary and drama credits. These include the successful documentary series for SBS ‘Making Babies’ (‘fascinating and moving’ The Age), documentary ‘Beats Across Borders’ (ABC and Cirque du Soleil) and several short documentaries for SBS’s ‘Keeping It Together’ series. Her films have screened many festivals including Berlin Film Festival, New York Film Festival (Lincoln Centre), Flickerfest and WOW. She has extensive experience in television documentary and factual programs shooting and producing for major Australian production companies such as Endemol Southern Star, IMG Media, Freehand TV & CordellJigsaw on shows including the top rating factual series ‘Bondi Rescue’ (Ch10/National Geographic), ‘The Nest’ (SBS), ‘Last Chance Surgery’ (Ch7/Discovery), ‘Bali Rescue’ and most recently ‘Outback Truckies’ (Ch7/Discovery).

Rebecca Barry is an award winning director, writer and producer of documentary and drama films and a graduate from the Australian Film Television and Radio School. Her films have screened at Melbourne International Film Festival, Sydney International Film Festival, St Kilda Short Film Festival, Flickerfest, ATOM, WOW and many others. Her multiple filmmaking awards include the AFTRS Screen Critics Circle award for Best Director and Best Film. She was also a nominee for the Emerging Talent Award by the Screen Critics Circle 2003 and recently Highly Commended at the 2009 Australian Directors Guild Awards. Her work as director or producer include: Footy Chicks (SBS), Inspiring Teachers (SBS), Home and Away (Channel 7), The Surgeon (Channel 10), You Am I – The Cream and The Crock (DVD release), Beats Across Borders (ABC), The Space In Between, The McDonagh Sisters (SBS), A Modern Marriage (SBS), Overture (ABC). Her recent feature documentary I am a Girl, which she produced and directed has been nominated for four AACTA Awards 2014, including Best Feature Documentary and Best direction in a Documentary.

Ester Harding is a filmmaker and writer, with production credits in film, television and publishing.

For Freehand Productions, she worked on the documentary series Bush Slam (ABC) (also editing and publishing the companion book Bush Slam – Poems from the ABC TV Series) and the social media documentary Goa Hippy Tribe (Facebook / SBS). In 2010, Ester graduated from Metro Screen’s Multiplatform Screen Producer Scholarship. In 2011, she was appointed as Freehand’s All Media Producer and is producing the online interactive documentary After Six Four (SBS). For Firelight Productions / 6ixty Foot Films, she was the all-media producer for Storm Surfers 3D, winning Interactive Producer of the Year at the SPAA Awards, 2012. In mid 2012, Ester joined Media Stockade to line-produce The Surgery Ship (SBS) and feature documentary I am a Girl, and to develop a slate for all media delivery.

Mitzi Goldman has written, produced, edited and directed documentaries for over 25 years. Her films have been screened around the world in festivals in Germany, South Africa, the UK, France, Spain, the USA, and in Australia and have received nominations and awards, including an ATOM award for Best Social Issues Documentary. Her credits include Snakes And Ladders, Things I Call Mine, Many Homes, Many Names, Hatred, Ports Of Destiny, Parra, Chinese Take Away, Bloodlines and End of the Rainbow (83)/(52). She has worked with ABC, SBS, ARTE (France), ITVS (USA), Ch4 (UK), SABC (South Africa), YLE (Finland) and National Geographic.

Releases for 2011/2012 include Memoirs of a Plague launched internationally in competition at IDFA (International Documentary Festival Amsterdam) and A Common Purpose, Winner of the Audience Award for Best Documentary at the Sydney Film Festival. She has founded and runs an education, TV and online project in documentary making for 8 – 12 year olds called Sprout Media By Kids.

Mitzi is CEO of the Documentary Australia Foundation. 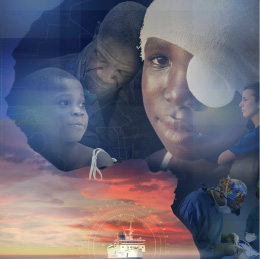